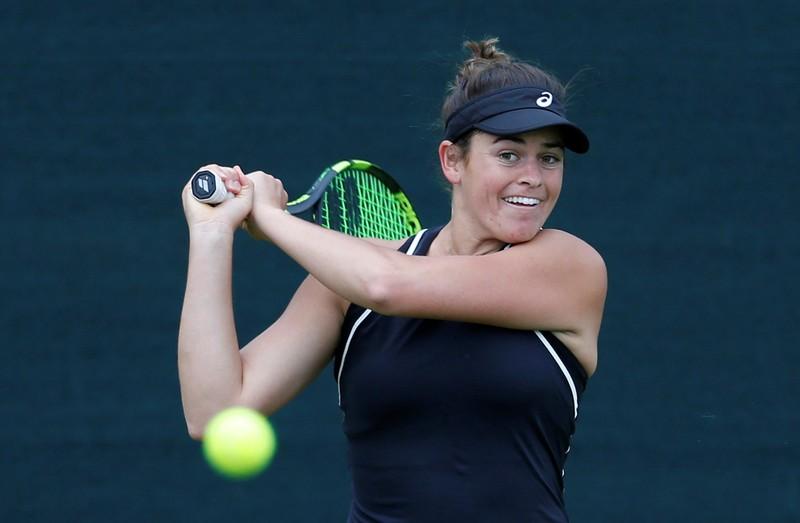 Jennifer Brady upset No. 4 seed Maria Sakkari of Greece 7-5, 6-3 on Friday to advance to the semifinals of the Nature Valley Open in Nottingham, England.

Brady, an unseeded American, rallied from two breaks down in the first set. She broke back in the sixth game to get within 4-2 and eventually won the final four games of the set.

Brady will play top-seeded Caroline Garcia of France in the semifinals. Garcia defeated Romanian qualifier Elena-Gabriela Ruse 4-6, 7-6 (3), 6-1. Brady is 3-0 against Garcia this year, with all the victories coming on hardcourt.

Rain delays at Nottingham have forced much of the grass-court event to be played indoors.

No. 2 seed Donna Vekic of Croatia beat No. 8 seed Kristina Mladenovic of France 7-5, 6-4 in a match contested on both surfaces because of the weather. Vekic, the 2017 champ, will play ninth-seeded German Tatjana Maria, who knocked out the sixth seed, Australia’s Ajla Tomljanovic 6-3, 7-6 (7).

Top-seeded Kiki Bertens of the Netherlands won 82 percent of the points on her first serve and posted a 6-3, 6-3 quarterfinal win over Natalia Vikhlyantseva of Russia in ‘s-Hertogenbosch, Netherlands.

Vikhlyantseva committed 30 unforced errors, twice as many as Bertens.

Bertens, ranked fourth in the world, will play teenage qualifier Elena Rybakina of Kazakhstan, who reached her first WTA semifinal with a 6-4, 6-4 victory over Belgian Kirsten Flipkens.