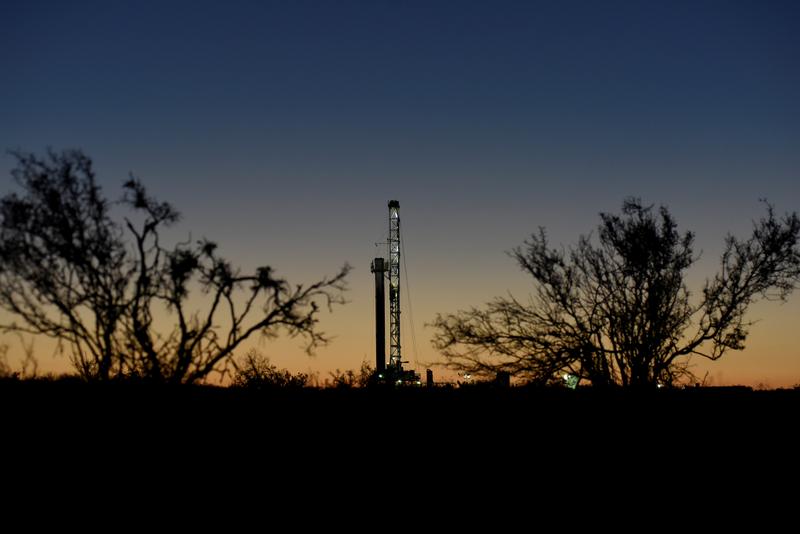 (Reuters) – U.S. environmental groups fighting fossil-fuel development made headlines years ago with public demonstrations against big pipeline projects including the Dakota Access and the Keystone XL – only to be steamrolled by President Donald Trump’s executive orders to approve them.

Now the so-called ‘keep it in the ground’ movement has a new strategy to slow Trump’s pro-oil agenda: Burying the administration in formal written protests and lawsuits challenging nearly every oil and gas lease it plans on public land.

Over the past three years, more than 90 percent of the nearly 4,000 land parcels offered by the government to drillers in the contiguous United States have drawn formal protests, compared to less than half prior to 2015, according to data recently released by the U.S. Department of Interior. (GRAPHIC: tmsnrt.rs/2WrS1wL )

There is no avenue to file protests against Alaska leases because they are located in a region set aside specifically for drilling.

The protests slow down leasing, but are also a prerequisite for lawsuits seeking to force the administration to consider global warming in its drilling policy. Some of the resulting suits have yielded judgments to stall drilling in states such as Wyoming and Utah.

“We’ve already seen a surge in litigation over oil and gas leasing. There is sure to be more,” said Jeremy Nichols, an attorney with WildEarth Guardians, among the leading groups filing protests. “We are in the process of developing the next round.”

The strategy has delayed processing times and costs for public-lands leasing, according to the Department of Interior’s U.S. Bureau of Land Management (BLM), because the government can’t lease acreage before responding to what are often long-winded arguments asserting threats to the climate and wildlife.

“Frivolous protests on anti-fossil fuel sentiments or general opinions,” he said, “are not helpful to the BLM in addressing legitimate protest concerns.”

The protests have created uncertainty and delays for oil firms and sometimes cause them to lose interest in bidding on parcels, said Kathleen Sgamma, president of the Western Energy Alliance drillers association. That’s bad news for taxpayers, she said, because it threatens public revenues.

The surge in administrative protests adds to the trouble the Trump administration has had expanding drilling in public territories.

In 2017 and 2018, the U.S. government offered nearly 17 million acres for oil and gas leasing, compared with a combined 4.2 million in the last two years of the Obama Administration. But the number of active leases by the end of 2018 was 24,028 – up less than half a percentage point since 2016, according to the data.

That’s in part because oil drillers have found cheaper, easier places to drill on private acreage.

The administration hasn’t had much luck offshore either. In March, a federal judge in Alaska blocked Trump’s attempt to open vast areas of the Arctic and Atlantic oceans to drilling after green groups argued the move violated environmental protections.

Public lands drilling is also becoming an issue in the 2020 presidential election, with a handful of Democratic hopefuls, including Senators Elizabeth Warren and Bernie Sanders, calling for bans on such activity to accelerate the U.S. transition to cleaner forms of energy.

Some of the groups regularly filing protests, including WildEarth and the Center for Biological Diversity, are part of the ‘keep it in the ground’ movement, which opposes all new fossil-fuel development.

Others are more conservation-focused groups that support what they call responsible energy development but oppose Trump’s aggressive push to drill on public lands. They include the Wilderness Society, National Audubon Society, Western Watersheds Project and the National Wildlife Federation.

The administrative protests rarely stop the government from leasing land for energy development. In both 2017 and 2018, more than 96 percent of the parcels posted in original sale notices were ultimately offered for sale, according to BLM data.

But green groups say the protests pave the way for legal challenges to drilling, and they cite some recent victories in forcing the government to consider climate damage in leasing decisions.

A U.S. judge in March blocked oil drilling planned in Wyoming after WildEarth and two other groups successfully argued the government failed to adequately consider its impact on global warming. The ruling blocked drilling on more than 300,000 acres (121,400 hectares) while the Bureau of Land Management conducts further analysis.

ConocoPhillips, Anadarko, Noble Energy and BP were among the companies with leases challenged in the suit, according to court documents filed by the American Petroleum Institute.

The trade group had argued that the government cannot impose “a blanket ban on development of oil and gas leases” and that its authority is limited to imposing curbs based on concerns specific to a lease location.

Last month, at the Department of Interior’s request, the judge in the same proceeding sent leases on more than 150,000 acres in Colorado and Utah back to BLM for further climate impact analysis. Interior made the request in order to head off another legal setback, in light of the Wyoming decision.

The green groups are now building a new wave of lawsuits that they hope will benefit from the Wyoming court decision.

“The implications, I think, are broad in terms of redefining the scope of the government’s analysis for really any fossil-fuel-related project on our public lands,” said Kyle Tisdel, an attorney with Western Environmental Law Center, one of the groups that joined WildEarth in the Wyoming suit.

Officials at the Interior Department and the White House declined to comment on the significance of the rulings.

WildEarth filed another lawsuit last week seeking to cancel 210 oil and gas leases issued in 2017 and 2018 on more than 68,000 acres in New Mexico’s Great Carlsbad region based on their impacts to climate, air quality and water resources.

WildEarth had protested all 210 leases in the region, which includes New Mexico’s portion of the Permian basin, the largest shale-oil region in the country.

“We’re not just scribbling down a note and sending it off to the BLM,” said Nichols of WildEarth. “There’s very sophisticated opposition.”