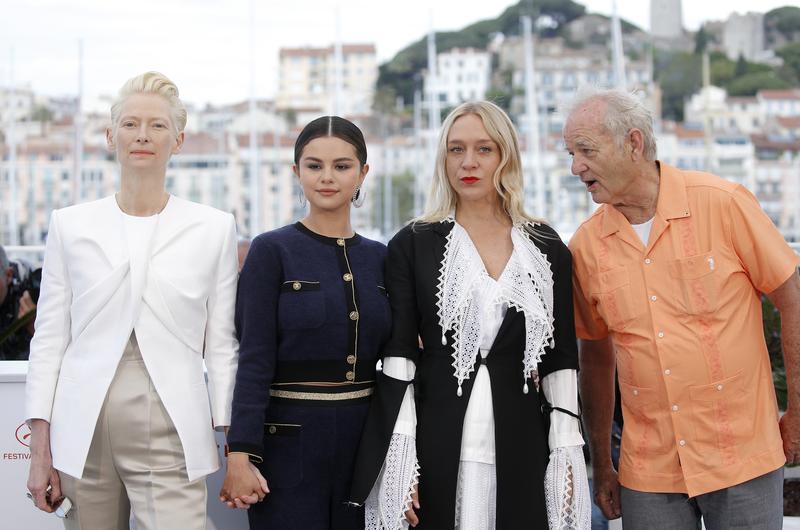 (Reuters) – Flesh-eating zombies terrorize a small town in Jim Jarmusch’s “The Dead Don’t Die”, a comedy horror in which polar fracking sets off strange reactions and raises the dead.

Reuters spoke with Bill Murray and Chloe Sevigny, who portray police, and Tilda Swinton, who plays a mysterious funeral parlor worker, about the film’s albeit lighthearted environmentalism.

Below are edited excerpts.

Q: Why is environmentalism such a key theme here?

A: “It’s the landscape of the film, it very often is in zombie films … (they) are a very useful kind of Trojan Horse to talk about society’s relationship with itself and the environment. But I would say it’s whatever anybody sees in it and this is a landscape that really concerns Jim and all of us.”

Q: What do you do personally to be environmentally friendly?

A: “I would like to fly a great deal less. I think we should all fly less anyway for about a million different reasons and not only to do with the effect of it on our planet but also on our bodies.”

Q: What do you do to be environmentally friendly?

A: “I’m no hero but I tried to give up plastic bottles about three or four years ago. I think I’ve had about four since the situation arose, I either had to take medicine or something like that … I realized I was drinking probably 100 plastic bottles of water a month. I thought, well, that’s 1,200 a year, at least. And that’s one person. So I gave up and stopped it and I find that glass bottle water tastes better.”

Q: As someone associated with fashion, what do you do for the environment?

A: “I try not to use any single-use plastic and not use the dryer, take quick showers. It’s all the little things that one can do one hopes will accumulate in some way.

“Flying is always one of the worst and that’s unfortunately unavoidable in my line of work but I do compost in Manhattan and buy mostly recycled clothes. I’m trying to just not consume as much as maybe I have in the past and just try and spread that word to especially young girls. I’m somewhat of a fashion icon and I try encourage people to buy vintage or buy slightly used.”