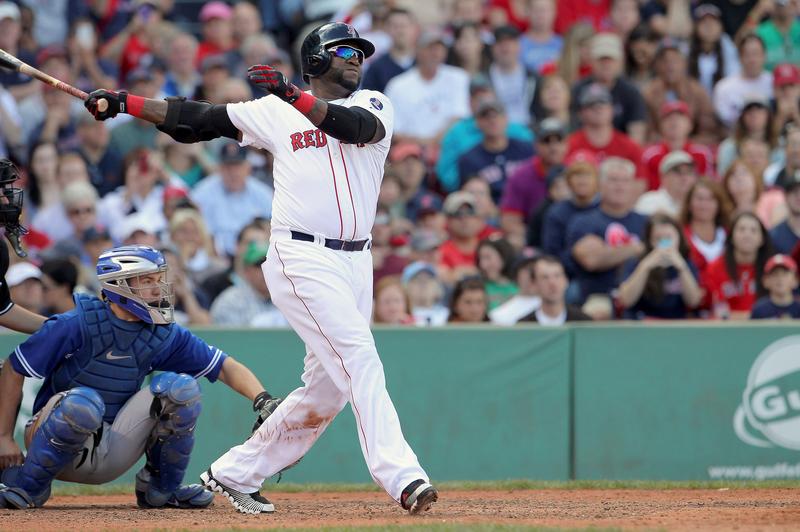 SANTA DOMINGO (Reuters) – The alleged shooter of David Ortiz has been arrested along with four others in a group offered nearly $8,000 to kill the former Boston Red Sox star at a Dominican Republic bar, authorities said on Wednesday.

The arrests came as Ortiz, 43, recovered in a Boston hospital following a second round of surgery on Tuesday, according to his family, which said he was sitting up and had taken a few steps.

The plot to kill Ortiz, a national hero in the Dominican Republic, was more complex than initially thought and involved two men on a motorcycle working with two other groups of people in cars, National Police chief Ney Aldrin Bautista Almonte told reporters.

Dominican Republic Attorney General Jean Alain Rodriguez identified Ramon Martinez Perez as the man suspected of jumping off the back of a motorcycle on Sunday night and shooting Ortiz in the torso.

Bautista declined to give a motive for the shooting or say who hired the attackers.

Ortiz, widely known as “Big Papi,” is a sports legend in Boston for his role in three World Series baseball championships as well as his profane but inspiring remarks in the days after the 2013 Boston Marathon bombing.

He retired in 2016 after hitting 541 career home runs, which ranks 17th all-time in Major League Baseball.

Ortiz was shot while seated at an open-air nightclub in Santo Domingo, the capital of his native country. Ortiz’s friend Jhoel López, a television host, was wounded in the leg in the shooting.

The Dominican Republic has one of the highest murder rates in the world, with most homicides committed during robberies, according to the U.S. State Department.

Police quickly arrested the suspected motorbike driver, identified as Eddy Féliz García, who was detained and beaten by bystanders at the scene.

The high-profile attack on Ortiz drew attention to a string of deaths of U.S. citizens in the Dominican Republic in recent months, as well as violent assaults.

Ortiz underwent a first round of surgery in Santo Domingo late on Sunday before being flown the following day to Boston’s Massachusetts General Hospital, where he underwent more surgery.

A trauma and acute care surgeon was leading the team treating Ortiz, his wife, Tiffany Ortiz, said in a statement on Wednesday.

On Tuesday “and this morning, David was able to sit up as well as take some steps,” she said on Wednesday. “His condition is guarded and he will remain in the (intensive care unit) for the coming days, but he is making good progress toward recovery.”

Féliz appeared in court on Tuesday evening, charged with being an accomplice in the attempted murder of Ortiz.

Justina García, the mother of Féliz who remained in custody, told reporters the charges against her son were a “lie.”

“They can’t link it to him because he is not a criminal,” she said.

Solano said his client did not shoot Ortiz, but works as a motorcycle taxi driver and may have unwittingly driven the shooter to the scene, CNN reported.