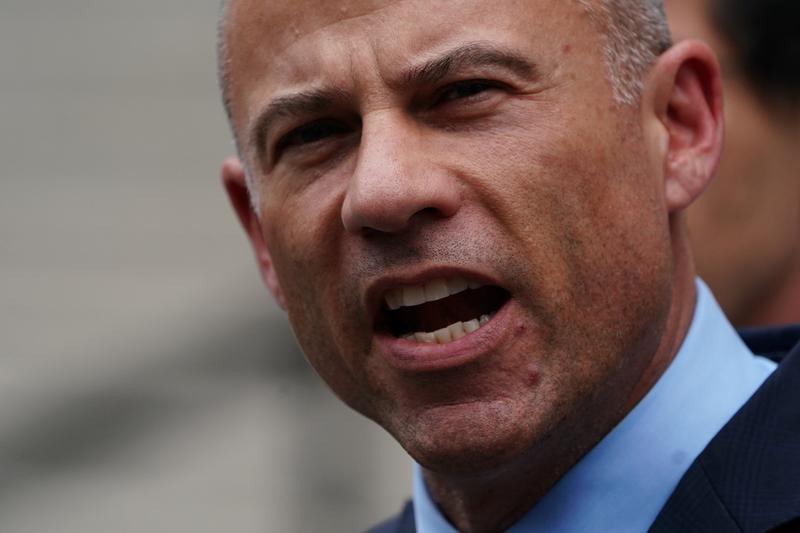 Geoffrey Johnson is seeking at least $9.5 million, plus punitive damages, from Avenatti and several former colleagues in a complaint filed with the Orange County Superior Court in California.

“He engaged in a four-year cover-up,” Johnson’s lawyer Daniel Callahan said at a press conference on Thursday, referring to Avenatti. “Mr. Avenatti has acted so despicably, it’s beyond words.”Avenatti rejected the allegations. “Mr. Johnson’s claims are categorically false and frivolous, and his case will be thrown out of court,” Avenatti said in an email.

The claims underlying the lawsuit are also part of federal prosecutors’ criminal case against Avenatti, who faces wire fraud, bank fraud, extortion and a few dozen other charges over various matters in California and New York.

Avenatti has pleaded not guilty and pledged to fight the charges in court.

Johnson’s lawsuit adds to the legal problems for Avenatti, who drew national attention through his representation of Daniels, whose real name is Stephanie Clifford, in lawsuits against Trump and the president’s former lawyer Michael Cohen.

According to his June 11 complaint, Johnson obtained the $4 million settlement from Los Angeles County after becoming a paraplegic by jumping from an elevated floor at a county jail.

Johnson, who said he suffered from mental health issues, said abuse by sheriff’s deputies had driven him to two suicide attempts, following his improper April 2011 arrest and incarceration at a downtown Los Angeles jail.

The complaint accused Avenatti of holding onto and draining nearly all of the $4 million settlement payment, while paying Johnson roughly $1,900 a month to lull him into thinking the money was being handled properly.

The law firm filed for bankruptcy protection in March, and there has been a variety of litigation among its former lawyers.

Eagan, Frank and their lawyers did not immediately respond to requests for comment.

Sims, in an email, said he has evidence that Avenatti “stole Mr. Johnson’s settlement money” and alerted federal authorities. “We are appalled by Mr. Avenatti’s conduct and hope that Mr. Johnson obtains justice against Mr. Avenatti,” he said.

Prosecutors accused Avenatti in April of diverting some of the $4 million to finance his coffee business and pay personal expenses, and that he gave Johnson only about $124,000.

“But for my assistance, Mr. Johnson would have been convicted of the multiple crimes he was charged with,” Avenatti said in the email. He called the lawsuit “part of a ‘pile on’ publicity stunt to smear me.”

Avenatti made hundreds of television appearances and briefly flirted with a 2020 White House run.

He has had a lower profile since prosecutors in New York charged him in March with trying to extort more than $20 million from Nike Inc.

The same prosecutors accused Avenatti last month of misappropriating from Daniels nearly $300,000 of payments for her memoir published in October.