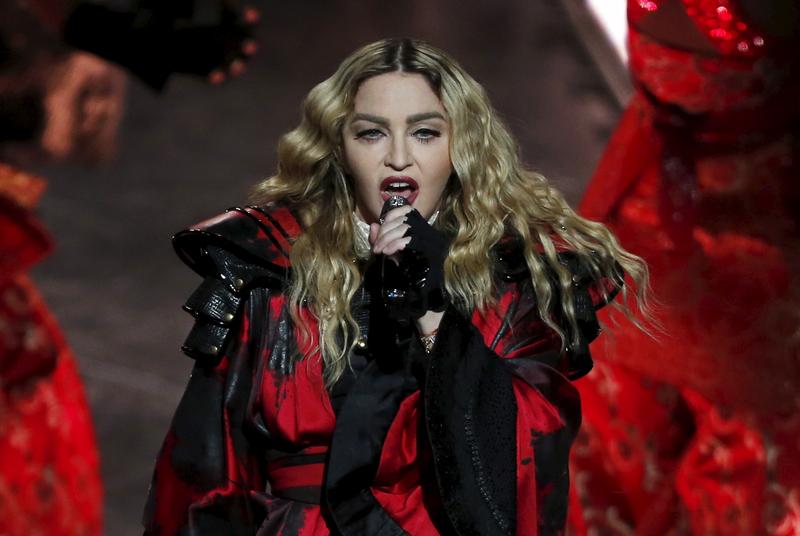 LONDON (Reuters) – Gun control, poverty and the marginalized, Madonna’s new album “Madame X” sees the Queen of Pop wanting to “fight back” in what she sees as a frightening modern world.

In an interview with Reuters, Madonna also said she was horrified by moves to restrict LGTBQ and women’s rights, namely in her native United States.

“If you’re talking about the far right and the rights that are being taken away from, say the LGBTQ community or women’s rights … obviously I am traumatized and horrified,” Madonna said.

A longtime campaigner for the LGTBQ community and known for her charity work in Malawi, Madonna, 60, said she would keep fighting for those causes.

“There’s still an enormous amount of poverty in Malawi and the rate of HIV has gone down considerably but it’s not disappeared,” she said. “(There are) all the problems that are recurring in America because of new legislation so I am going to have to keep fighting for the same things.”

On her 14th studio album, Madonna addresses U.S. gun control laws and uses a snippet of a speech by school shooting survivor Emma Gonzalez in the rousing single “I Rise”, a song she says aims to give a voice to marginalized people.

“Dark Ballet”, a piano ballad infused with electronic pop, was inspired by Joan of Arc and references a world “up in flames”, while in “Killers Who Are Partying” she sings about the poor, exploited children as well as a woman raped.

“It’s pretty frightening, yes, it’s pretty scary … There is stuff going on everywhere in the world,” she said when asked how she felt about the state of the world.

“When you think about the amount of people who have died, been killed, have been wounded, whose lives have been changed irrevocably because of the lack of gun control in America, it’s such a huge, huge problem.

“I care deeply about it so I couldn’t not write about it,” she said.

She also said she took issue with some U.S. states restricting abortion rights.

“These are crazy times because we fought really hard for a lot of these freedoms and now it seems like they are all systematically being taken away …It doesn’t make me feel hopeless. It just makes me want to fight back.”

Influenced by living in Lisbon, where Madonna joined local musicians in so-called living room sessions, the Latin-infused “Madame X” also takes listeners to street parties and the club with a spate of catchy tracks.

Madonna also sings in Spanish and Portuguese on the 15-track album, released on Friday.

She described “Madame X” as a “chameleon”.

“Sometimes she’s thinking about all the people in the world who are suffering, who don’t have a voice and who need a voice and feels a sense of responsibility for those people.”

Madonna, who shot to fame in the early 1980s with hits likes “Holiday” and “Like a Virgin”, has sold more than 300 million records worldwide, making her the best-selling female recording artist, according to Guinness World Records.

Known for pushing boundaries and sometimes provocative imagery, her work has influenced scores of artists.

Asked how she felt about her career, she said: “I’m incredibly grateful …to have been able to be successful for so long and to be able to be in a position that I am, to continue to create, to have the freedom to speak my mind and to feel inspired and creative.”

“I’ll keep speaking my mind, hopefully in an as artistic a way as possible because I do like to be political but I like to do it in a poetic way.”

Her new Madame X alter ego is a reflection of the singer, who is known for repeatedly reinventing herself.

Madonna describes herself as “a curious person, constantly searching for answers, for wisdom, for knowledge to understand what life is all about.”

“All of my work is informed by the things that I learn, so that’s what provokes the reinvention.”

Asked about the #MeToo movement that has shaken Hollywood by uncovering sexual misconduct and its relevance for the music sector, Madonna said: “Of course it’s long overdue, women are treated very differently than men are in the music business.

“But I don’t know exactly how that’s going to happen. I can’t speak up any more than I already am.”