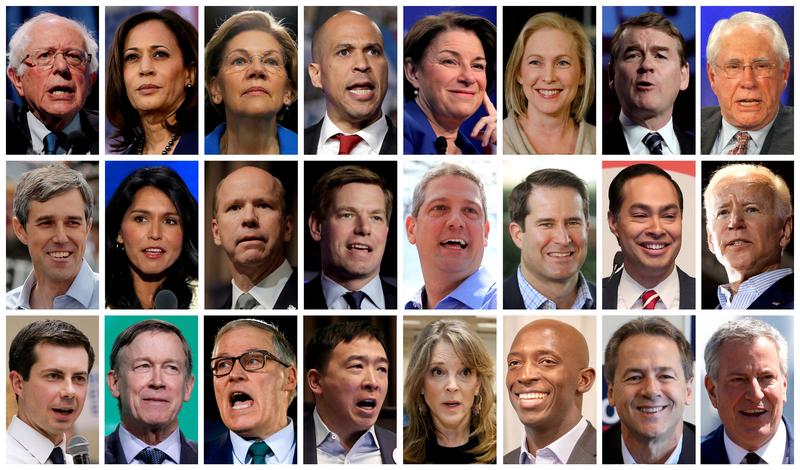 NEW YORK (Reuters) – A sitting U.S. governor will be left off the stage when the Democratic Party holds its pivotal first debate in Miami later this month.

The Democratic National Committee announced on Thursday the list of 20 presidential candidates who qualified to participate in the debate.

The debates, held over two nights on June 26 and June 27, will offer a sprawling Democratic field their first close-up with Americans and allow candidates who have trailed in the polls the opportunity for a poll-boosting viral moment.

The 20 candidates will be randomly divided between the two nights.

In most years, the list of candidates to participate in a presidential debate would not garner much attention, but the historic field of 24 candidates forced the Democratic Party to establish a set of rules to limit participation and make the debates less unwieldy – and forced a mad dash from bottom-tier candidates to meet the requirements.

Bullock has been the most vocal critic of the system. He was the final candidate to enter the race after formally launching his presidential campaign in May.

He waited until after Montana’s legislature completed its session. But that gave him less time to build support in the polls or raise money.

The debate will be broadcast in prime time on NBC, MSNBC, and Telemundo, and will be streamed online for free on a variety of digital and social platforms.