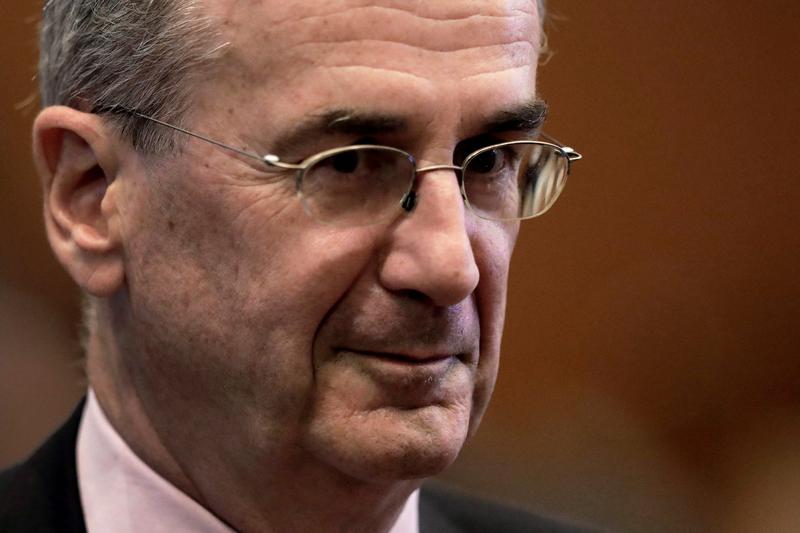 FILE PHOTO: Francois Villeroy de Galhau, governor of the Bank of France, attends a seminar on financial innovation on the sidelines of a G-20 finance ministers and central bank governors meeting in Fukuoka, Japan, on Saturday, June 8, 2019. Kiyoshi Ota/Pool via REUTERS/File Photo

Central banks have so far focused largely on the impact of climate change risks on big investors’ liabilities and how they can help improve conditions for low-carbon investments.

However, Villeroy, who is also governor of the French central bank, said that monitoring climate change risks stretched further.

Although climate change is often seen as a short term risk, he pointed to its effects in the short-term, such as low levels of the Rhine River affecting German growth last summer.

“If you look at the economic effect of climate change, it’s probably in the long run a stagflationary shock with higher prices and lower economic output. This is one of the most difficult shocks we central bankers have to deal with.”

Central banks should include climate change risk in their economic models used in monetary policy, notably by pushing out their forecast horizons, he said.

However, they need to go even farther by taking climate risks into account when they assess the financial risks of collateral that banks post with them to get liquidity. Villeroy said this would represent “a very powerful change of our monetary policy”.

A network of some 40 central banks and financial sector regulators issued a warning about the financial risks relate to climate change at an event held at the Bank of France.