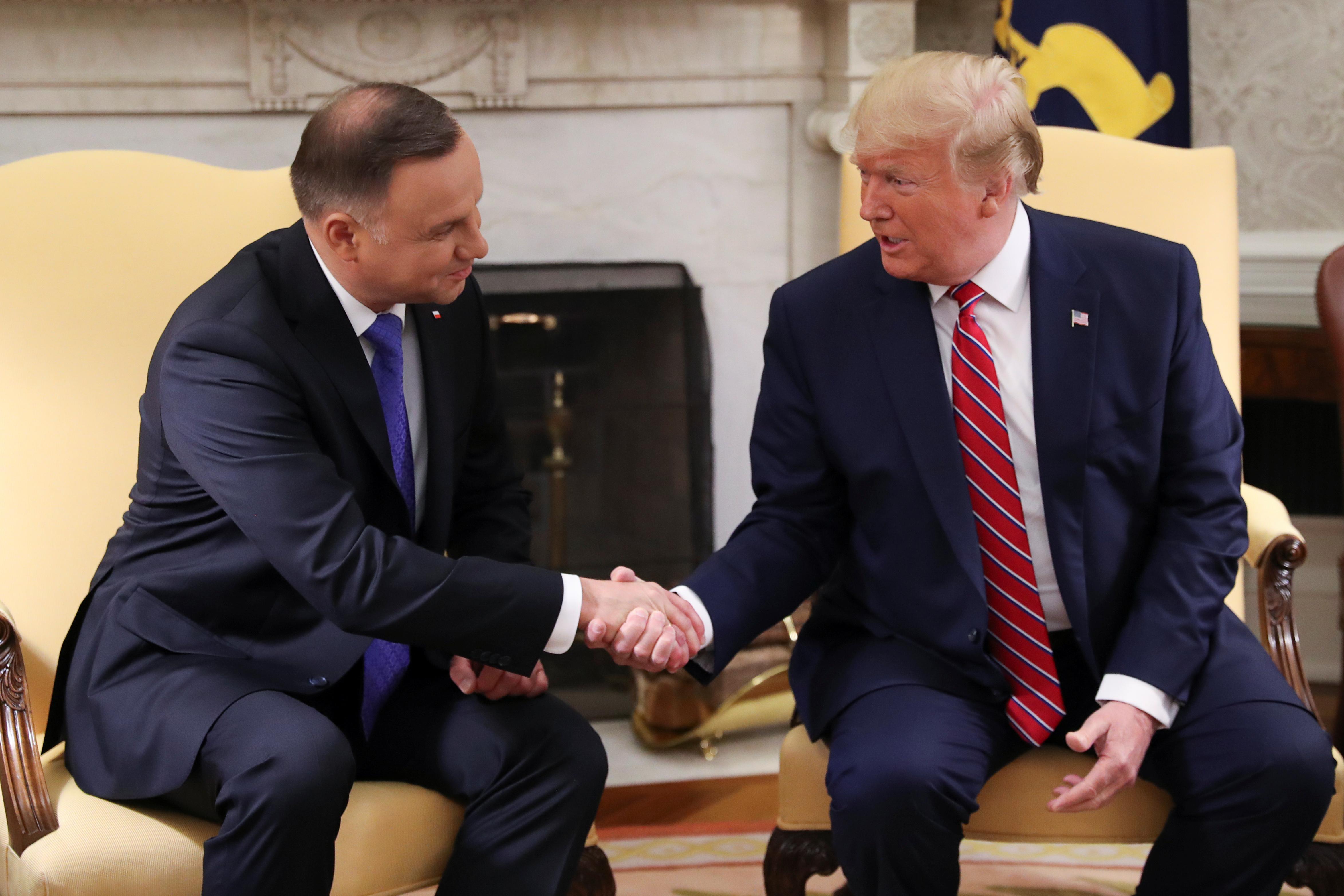 WASHINGTON (Reuters) – U.S. President Donald Trump pledged to Polish President Andrzej Duda on Wednesday that he will deploy 1,000 U.S. troops to Poland, a step sought by Warsaw to deter potential aggression from Russia.

Despite their strong show of unity, Trump disagreed with Duda’s attempt to force the retirement of some Polish Supreme Court judges, a decision last year that prompted protests. “No,” Trump said when asked if he supported the move.

Duda, who is considering naming the U.S. installation “Fort Trump,” said the new influx of troops was needed because of Moscow’s past aggression against Poland and to help solidify his country’s ties to the West.

“Russia again is showing its unkind, unfriendly imperial face,” he said. “Russia is always looking out to take our territory.”

Trump said earlier the troop contingent could come from the U.S. force in Germany, which he has accused of paying too little for NATO’s common defense.

The decision by Trump represents an effort to cater to the interests of Poland, a key NATO ally, while not overly antagonizing Russian President Vladimir Putin, with whom Trump would like to have friendly relations. He and Putin are to meet in Japan in two weeks.

The United States already has troops in Poland as part of a 2016 agreement with the NATO military alliance in response to Moscow’s annexation of Crimea from Poland’s eastern neighbor Ukraine in 2014.

“Today’s announcement is part of NATO’s measured, defensive and proportionate efforts to strengthen our deterrence and defense,” he said.

Duda denied backsliding on democracy when asked about his attempt to remove the judges. He said some of them dated back to Poland’s communist past and that he wanted to remove them as part of judicial reforms.

“This is a very complex issue,” he said. “Everything that we were doing was aimed at retiring those people … Let me assure you, freedom of speech is absolutely respected in Poland. Poland absolutely respects all constitutional standards.”

With Trump to turn 73 on Friday, Duda wished Trump a happy birthday at an evening White House reception whose audience included Polish-Americans. Some in the crowd launched into a happy birthday song in Polish.

“This first term of your presidency will be the introduction to your second term,” Duda told Trump.

Reporting by Jeff Mason and Steve Holland in Washington; Editing by Lisa Shumaker and Matthew Lewis