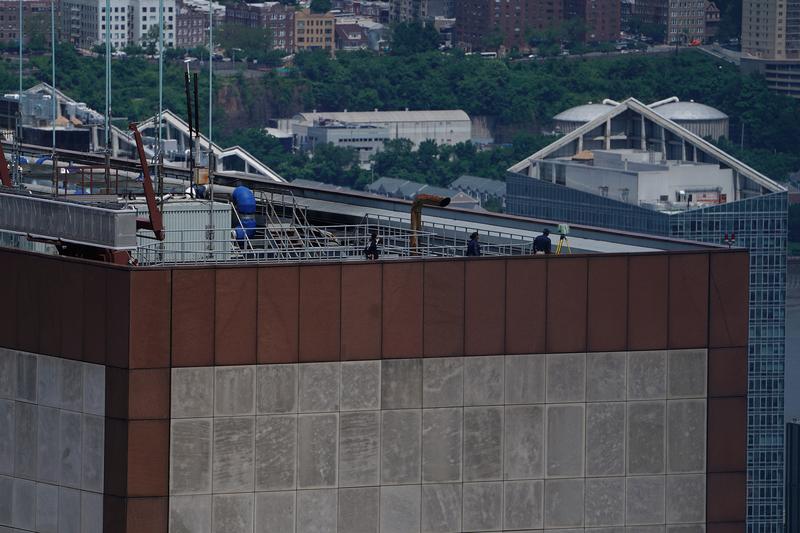 NEW YORK (Reuters) – The pilot who died when he crashed his helicopter atop a Manhattan skyscraper was not licensed to fly the aircraft in bad weather, the Federal Aviation Administration said on Tuesday.

Tim McCormack, the pilot, was the only person aboard when the helicopter crashed on Monday afternoon with enough force to jolt employees of the finance and law firms housed inside the 50-floor tower in midtown Manhattan.

McCormack was flying over one of the country’s densest urban districts through rain and low clouds despite not being “instrument rated,” meaning he was not licensed to use the onboard systems to navigate the craft during limited visibility conditions, according to the FAA.

Police and other officials believe the crash was an accident.

The crash and subsequent evacuation of the building stirred memories of the Sept. 11, 2001 attacks and brought renewed calls for tighter restrictions for New York City airspace. U.S. Representative Carolyn Maloney, who represents parts of Manhattan, said she wanted all “nonessential” flights banned.

McCormack was 58 and from Clinton Corners, New York, according to local media. He was an experienced pilot who had taken off from a heliport on Manhattan’s East Side en route to Linden Airport, about 20 miles (32 km) southwest of Manhattan in New Jersey, according to Paul Dudley, the airport’s director.

Before the crash, McCormack had flown a single passenger from Westchester County, north of New York City, at about 11:30 a.m. (15:30 GMT) and landed 15 minutes later at the heliport on the East River, federal investigator Doug Brazy told a news conference on Tuesday.

The passenger said there was “nothing out of the ordinary” about his encounter with McCormack, said Brazy, of the National Transportation Safety Board (NTSB).

McCormack then waited until about 1:30 p.m. when he departed for Linden and crashed about 10 minutes later, he said.

“Should the helicopter have been flying? I don’t know yet,” Brazy said. “We’ve got some information that the pilot may have tried to make radio calls near the end of the flight. We’re tying to confirm that now.”

Brazy said McCormack did not contact air traffic control with his planned route of flight, and was not required to do so.

“We think his route of flight did not go as planned and he may have ventured into air space that required that he contact air traffic control,” Brazy said.

Investigators are searching for instruments that were aboard the helicopter that contain memory, Brazy said. The helicopter was a privately-owned aircraft used for executive charter flights.

Brazy said a preliminary report summarizing the facts of the incident should be complete in two weeks, but it could be 18 to 24 months before the investigation is complete.

The wreckage atop the building is highly fragmented and much was consumed by the post-crash fire, Brazy said.

The crash site is less than a half mile (0.8 km)from Trump Tower, where U.S. President Donald Trump maintains an apartment. The area has been under extra-tight flight restrictions since Trump’s election in 2016.