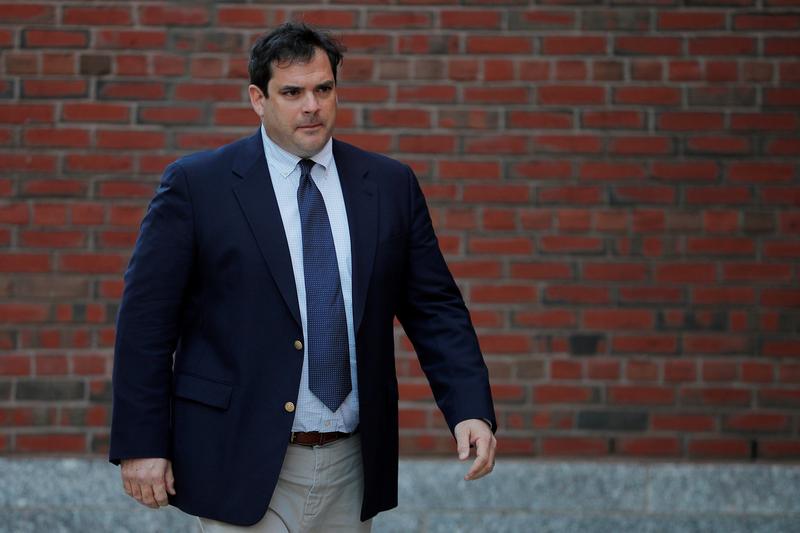 BOSTON (Reuters) – A former Stanford University sailing coach is set to become the first person to be sentenced in the U.S. college admissions scandal after admitting he agreed to help wealthy parents secure spots for their children at the school in exchange for bribes.

Prosecutors plan to ask a federal judge in Boston on Friday to sentence John Vandemoer to 13 months in prison after he admitted he agreed to accept $610,000 in bribes to facilitate the admission of the children as sailing recruits.

He is among 50 people, including the actresses Lori Loughlin and Felicity Huffman, whom prosecutors charged in March with participating in a vast scheme overseen by California college admissions consultant William “Rick” Singer.

Prosecutors have said the parents paid Singer more than $25 million to bribe coaches at universities, including Stanford, Yale, Georgetown and the University of Southern California, to help their children gain admission as fake athletic recruits.

Parents also paid Singer, who pleaded guilty in March, to arrange to have an associate secretly take college entrance exams in place of their children or correct their answers at test centers he controlled through bribery, prosecutors allege.

The investigation has resulted in charges against 33 parents, including former “Desperate Housewives” star Huffman, who pleaded guilty on May 13, and “Full House” actress Loughlin, who has pleaded not guilty.

Vandemoer pleaded guilty to racketeering conspiracy on March 12, admitting he participated in the scheme in exchange for payments to Stanford’s sailing program, which prosecutors said helped enhance his career prospects.

Prosecutors said that in 2017, Singer paid $110,000 to Vandemoer’s sailing program to designate another student as a sailing recruit.

Prosecutors said that when that student decided to attend another school, Vandemoer agreed to use the same recruiting spot for the child of a different client of Singer’s in exchange for $500,000. That student also decided against attending Stanford.

Vandemoer’s lawyers in court papers said he “deeply regrets” his actions. They argue that he deserves probation, saying he did not personally profit from the scheme and noting that no one ultimately was admitted to Stanford as a result of it.

California-based Stanford, which fired Vandemoer in March, said in a letter filed ahead of his sentencing it considered his conduct “wholly antithetical to Stanford’s core values.”

Reporting by Nate Raymond in Boston