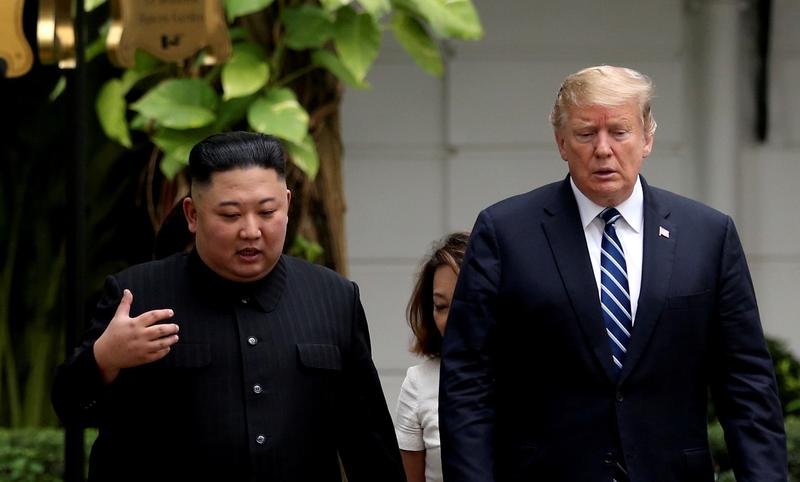 Speaking to reporters at the White House, Trump added, “I think that something will happen that’s going to be very positive,” but gave no details.

Washington is seeking to rebuild momentum in stalled talks with Pyongyang, aimed at getting North Korea to dismantle its nuclear weapons program. Trump and Kim last met early this year in Hanoi but failed to reach a denuclearization agreement.

Trump spoke a day after the Wall Street Journal reported that Kim’s slain half-brother, Kim Jong Nam, was a source for the U.S. Central Intelligence Agency. Kim Jong Nam was killed at the airport in Kuala Lumpur, Malaysia in 2017.

“I did receive a beautiful letter from Kim Jong Un … I appreciated the letter. I saw the information about CIA with respect to his brother, or half-brother. And I will tell him that will not happen under my … I wouldn’t let that happen.” “A very warm, very nice letter,” Trump said. “I think North Korea has tremendous potential.”

He did not rule out another meeting soon with Kim. Trump is due to travel to Japan and South Korea later this month.

In May, North Korea conducted a “strike drill” for multiple launchers, firing tactical guided weapons in a military drill supervised by Kim.

Trump said at the time that these launches did not pose a problem in his eyes, although his advisers called them a violation of U.N. Security Council resolutions.