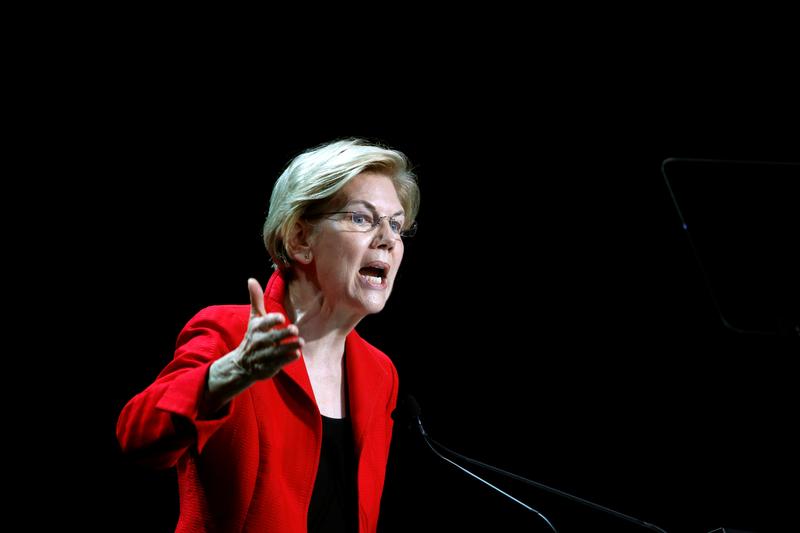 WASHINGTON (Reuters) – Democratic U.S. Senator Elizabeth Warren on Tuesday called on the Justice Department’s antitrust division chief, Makan Delrahim, to recuse himself from the department’s antitrust investigations into Google and Apple, saying his past lobbying for the companies raised conflict of interest concerns.

In a letter to Delrahim, Warren said Alphabet Inc’s Google had hired him in 2007 to lobby federal antitrust officials on behalf of the company’s proposed acquisition of online advertising company DoubleClick Inc, and he had reported an estimated $100,000 in income from Google in that year.

She said Apple Inc had hired Delrahim in 2006 and 2007 to lobby the government on its behalf on patent reform issues.

The Justice Department did not immediately respond to a request for comment.

“As the head of the antitrust division at the DOJ, you should not be supervising investigations into former clients who paid you tens of thousands of dollars to lobby the federal government,” said Warren, who is seeking the Democratic nomination for president in 2020.

Sources told Reuters last week that the U.S. government was gearing up to investigate whether four of the world’s biggest technology companies misuse their massive market power.

Two sources said the Justice Department would investigate Apple and Google, while the Federal Trade Commission would probe Amazon.com Inc and Facebook Inc.