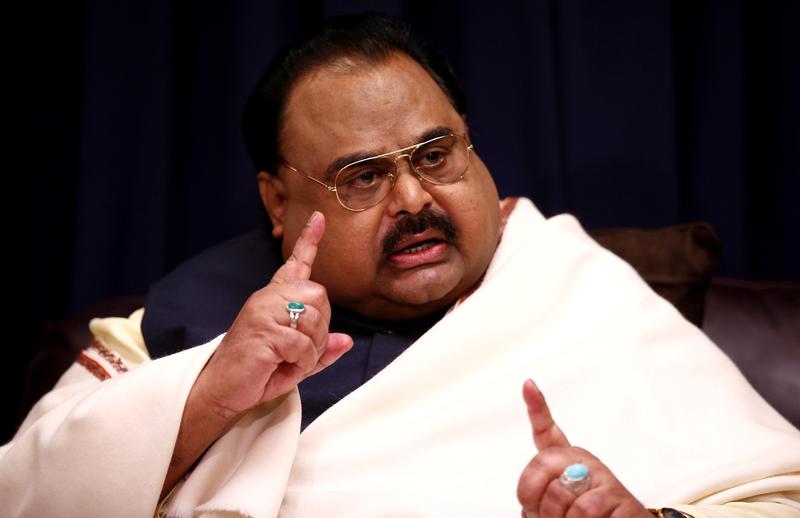 LAHORE (Reuters) – British police arrested Pakistani politician Altaf Hussain in London on Tuesday as part of an investigation into speeches he gave as founder of a political party that ruled the megacity of Karachi for decades, media in Pakistan reported.

London’s Metropolitan Police said in a statement a man in his sixties had been arrested after a joint investigation with Pakistani authorities.

It did not identify the person but said the arrest was “in connection with an investigation into a number of speeches made by an individual associated with the Muttahida Qaumi Movement (MQM) in Pakistan”.

MQM has dominated the sweltering metropolis of Karachi, Pakistan’s largest and wealthiest city, since the 1980s. When security forces cracked down on the party in the 1990s, Hussain sought asylum in the United Kingdom.

Even from exile in London, Hussain controlled the city through a powerful network. Karachi police and his opponents have accused him of exhorting his supporters to violence, charges he has denied.

Prime Minister Imran Khan came to power last year vowing to attack rampant political corruption in Pakistan and there have been a string of high profile cases.

Opposition parties say the government is using corruption as a pretext to silence its opponents while it also cracks down on groups such the Pashtun Tahafuz Movement (PTM), an ethnic Pashtun rights group.

Hussain’s arrest in London followed other detentions of opposition politicians in Pakistan.

Zardari spent 11 years in jail on corruption and murder charges before becoming president in 2008. But he was never convicted and denies wrongdoing.

Zardari could not be reached for comment on Tuesday, but the PPP said the cases are politically motivated.

On Tuesday, Hamza Shahbaz, nephew of former Prime Minister Nawaz Sharif, was taken into custody on charges of money laundering and possessing assets beyond his means. He later told reporters he was not guilty.

Sharif’s Pakistan Muslim League-Nawaz party said the arrest was politically motivated and part of a campaign to target opposition parties.