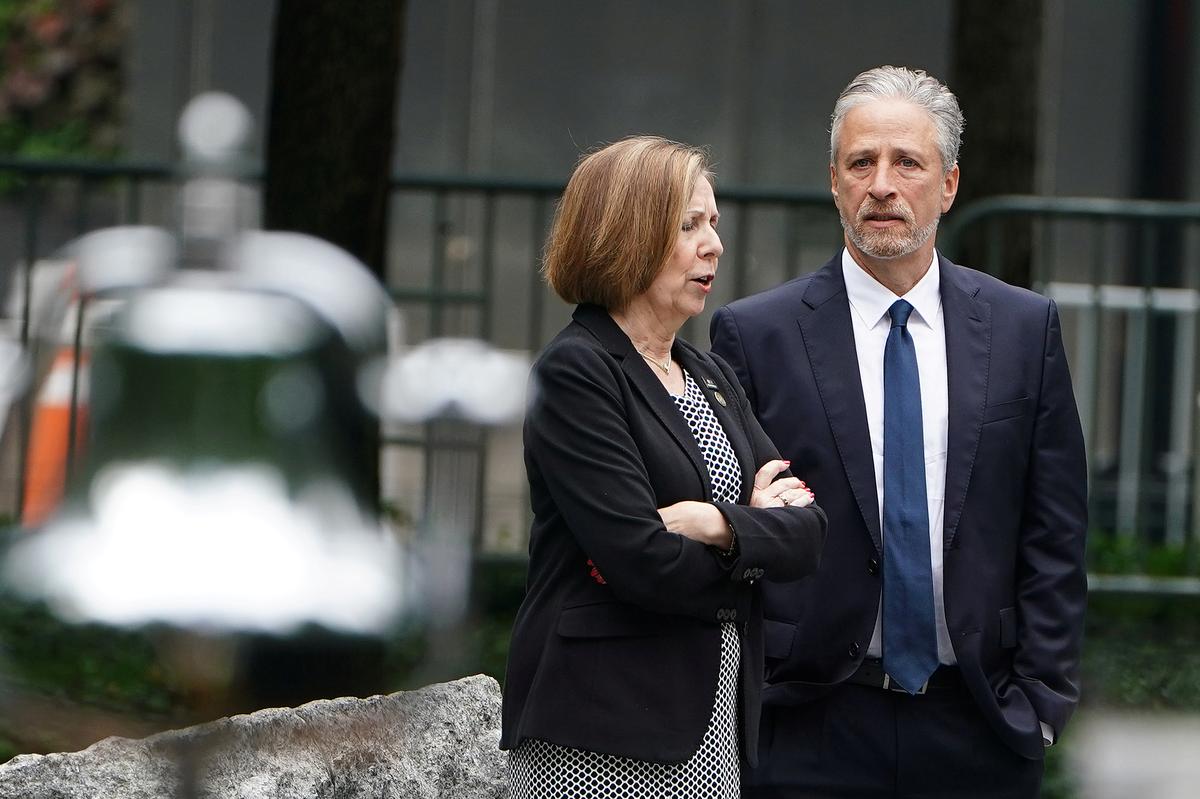 WASHINGTON (Reuters) – Jon Stewart, the popular former host of the late-night comedy program The Daily Show, criticized members of Congress for not attending a hearing on Tuesday on renewing funding for a program that provides health care to first responders who were sickened responding to the Sept. 11 attacks.

“Sick and dying, they brought themselves down here to speak and no one,” Stewart said, pointing to a mostly empty dais. “Shameful, it’s an embarrassment to the country and a stain on this institution. You should be ashamed of yourselves for those who aren’t here but you won’t be because accountability doesn’t appear to be something that occurs in this chamber.”

Stewart was testifying before the Judiciary Committee’s Subcommittee on the Constitution, Civil Rights and Civil Liberties about a renewal of the 9/11 first responders health care fund. Most of the panel’s 14 members were not in attendance.

“Where are they? It would be one thing if their callous indifference and rank hypocrisy was benign, but it’s not,” Stewart said. “Their indifference cost these men and women their most valuable commodity, time, one thing they’re running out of.”

The fund, originally approved for five years in 2010, provides medical treatment for emergency responders sickened by toxic dust inhaled at the World Trade Center site in New York in the days following the attack.

Republicans had balked at the price of the original legislation and as a compromise at the time, Democrats agreed to authorize the fund only for five years and cover the cost with an excise tax. That has set up a fight every five years to get Congress to renew the program.

Stewart criticized Congress for continuing to require the fund be renewed every five years – pointing to the panel’s top Republican, Representative Mike Johnson, for saying that Congress has to balance other emergencies as well.

“I’m pretty sure what’s going to happen five years from now, more of these men and women are going to get sick and they are going to die and I am awfully tired of hearing that it’s a 9/11 New York issue,” Stewart said. “Al-Qaeda didn’t shout death to Tribeca.”