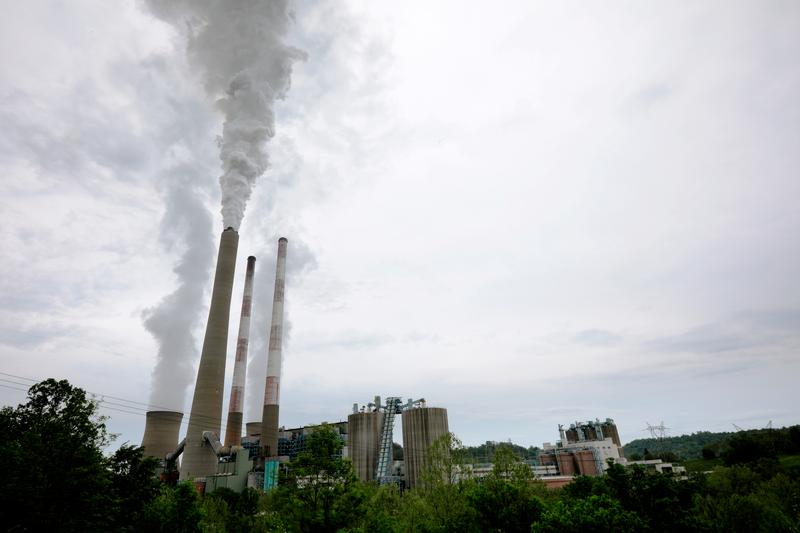 BOSTON (Reuters) – Three U.S. senators on Monday urged the Internal Revenue Service to crack down on a $1 billion-a-year subsidy for burning chemically treated refined coal, after a new study showed some power plants using the fuel produced surging amounts of mercury and smog instead of cutting pollution.

Companies can qualify for the subsidy by showing pollution cuts in lab tests. Pending legislation in the Senate would extend the coal subsidy program another decade, costing taxpayers at least $10 billion at current consumption levels.

“We have evidence to show that Wall Street is raking in hundreds of millions in tax credits each year for pollution reductions they aren’t coming close to delivering in the real world,” Whitehouse said in a statement. “That’s a massive boondoggle for taxpayers, a blow to air quality and Americans’ health, and a setback for our climate.”

The refined coal subsidy was adopted by Congress and signed into law by President George W. Bush as part of the American Jobs Creation Act of 2004, alongside credits for generating renewable energy from solar and wind. The legislation had broad bipartisan support and generated little public debate.

The IRS, which oversees the tax credit program, allows large companies to qualify for the tax credits by burning relatively small amounts of refined coal during one-day tests in a laboratory in lieu of real-world testing at power plants. The agency did not return a message seeking comment.

The senators have written a letter to IRS Commissioner Charles Rettig asking him to provide data by June 14 that shows burning refined coal under real-world conditions generates the pollution cuts required to qualify for the tax credit. They also are seeking evidence that lab results are a reliable measure of pollution at actual power plants, according the letter.

The senators cited a study by independent non-profit Resources for the Future, which found that power plants using refined coal were not reducing mercury, nitrogen oxide and sulfur dioxide pollution to levels required by the tax credit program. Those pollutants rose sharply at some power plants after they began burning refined coal, the study said. Others showed reductions, but not enough to meet the requirements for taxpayer subsidies, the study said.

To take advantage of the tax credit program, which expires in 2021, large companies have invested in small facilities that use chemicals to treat raw coal, which is then burned in power plants throughout the United States, U.S. regulatory filings show.

“As the program is currently being run, we feel it is a waste of money,” said Alan Krupnick, a senior fellow at Resources for the Future. He is co-author of the study with Brian Prest, an economist at the nonprofit. “We were surprised that the standards for proving that you deserve the tax credit did not involve looking at emissions in the field. You could prove it by tests in a laboratory.”

IRS guidelines allow for field tests at power plants, but the duration can be as short as a few hours, and many tax credit investors opt for lab testing.

Meanwhile, lawmakers, including Republican Senator John Hoeven of coal-producing North Dakota, have introduced legislation to extend the tax credit another 10 years. They argue it helps the environment, extends the life of the ailing coal industry – a centerpiece of the Trump administration’s energy policy – and reduces power prices by giving utilities a cheap, subsidized source of coal.

The Reuters special report found that much of the lab testing happens in Hoeven’s home state at the University of North Dakota’s Energy and Environmental Research Center. In fiscal 2015-16, for example, the lab reported earning about $5 million performing tests that help companies qualify for the subsidy.