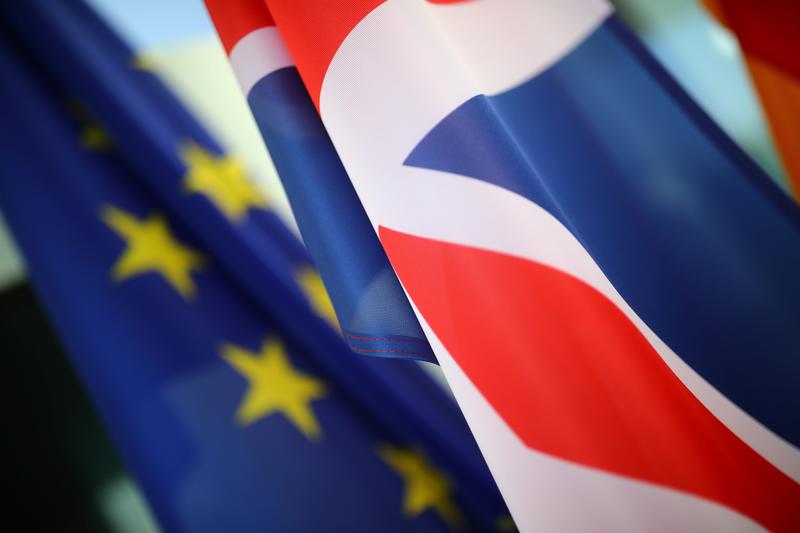 European Union and British flags flutter in front of the chancellery ahead of a visit of British Prime Minister Theresa May in Berlin, Germany, April 9, 2019. REUTERS/Hannibal Hanschke

LONDON (Reuters) – Britain’s withholding the 39 billion pounds ($50 billion) it promised the European Union as part of its original Brexit plan would not constitute a sovereign default, the top credit-rating agencies said.

Boris Johnson, the leading candidate to be Britain’s next prime minister, said at the weekend that he would withhold the Brexit payment until the EU gave the UK better exit terms.

The comments drew an immediate rebuke from a source close to France’s President Emmanuel Macron, who warned it would be “equivalent” to a debt default. But the big rating agencies said it would not be one by their definitions.

“Our ratings speak to commercial debt obligations,” S&P’s primary analyst for the UK, Aarti Sakhuja, told Reuters. “The UK not paying the 39 billion-pound bill would therefore not constitute a sovereign default under our methodology.”

A spokesman for Fitch said it wouldn’t be a default in its view, either. Moody’s took a similar approach.

“Sovereign ratings speak solely to the risks faced by private investors and not the risks borne by official sector entities,” it said in 2015 when Greece was negotiating better repayment terms on its euro zone and IMF bailout loans.