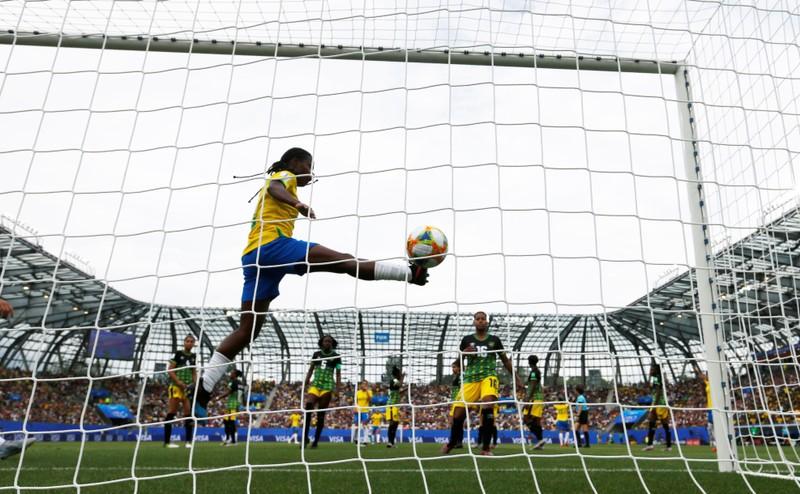 She scored in the 15th, 50th and 64th minutes to become the ninth woman with at least 10 career World Cup goals. It was the first hat trick since 1999 for the Brazilians, who played without six-time world player of the year Marta due to a left thigh injury.

Jamaican goalkeeper Sydney Schneider saved a penalty shot by Andressa in the 38th minute to keep the match close in the first half.

Two second-half goals by Barbara Bonansea, including the stoppage-time winner, lifted Italy to an upset of Australia in Group C action in Valenciennes, France.

Bonansea scored the equalizer for the 15th-ranked Italians in the 56th minute and headed home the winner past goalkeeper Lydia Williams in the fifth minute of stoppage time. Italy is competing in the World Cup for the first time since 1999.

Parris tallied on a penalty kick in the 14th minute that occurred after a Scotland handball. White made it 2-0 in the 40th minute when she sent a left-footed shot into the net.