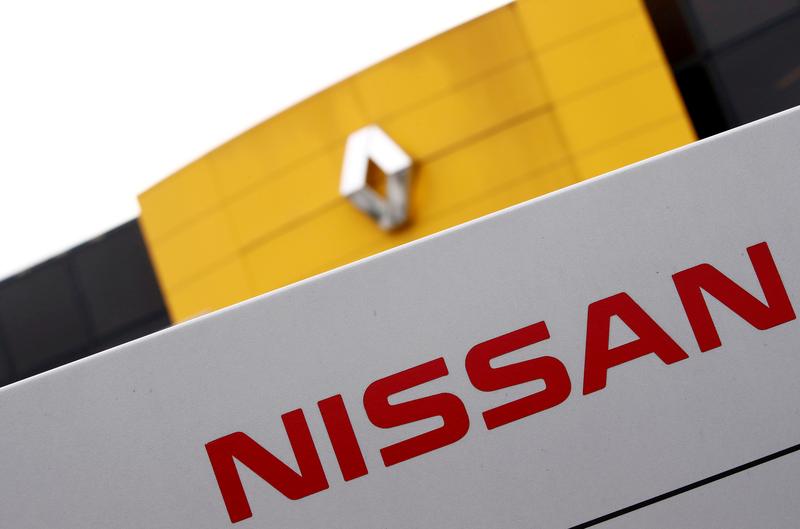 FILE PHOTO: The logos of car manufacturers Renault and Nissan are seen in front of a common dealership of the companies in Saint-Avold, France, Jan. 15, 2019. REUTERS/Christian Hartmann/File Photo

PARIS (Reuters) – Renault has signaled it will block reforms launched by alliance partner Nissan in the wake of the Carlos Ghosn scandal unless it is granted representation on new board committees, a source close to the French carmaker said.

Renault, which owns 43.4% of Nissan, informed its Japanese affiliate in a letter signed by Chairman Jean-Dominique Senard that it planned to abstain in a shareholder vote on the plans, the Financial Times reported earlier on Sunday.

An abstention by Renault would effectively block the reforms, which require a two-thirds majority to pass.

A Renault spokeswoman did not immediately return calls and messages seeking comment. A spokesman for Nissan could not be reached after hours in Japan.

The source said Senard’s letter was motivated by concern about Renault’s under-representation on the new Nissan board committees being introduced following the November arrest of their former chairman Carlos Ghosn, who is now awaiting trial in Japan on financial misconduct charges he denies.

“It’s is not a final abstention, and Renault’s position can still change,” the Renault source said. “As things stand, Renault has not been assured of appropriate committee representation as Nissan’s main shareholder.”

Reporting by Kanishka Singh in Bengaluru and Laurence Frost in Paris, editing by Louise Heavens