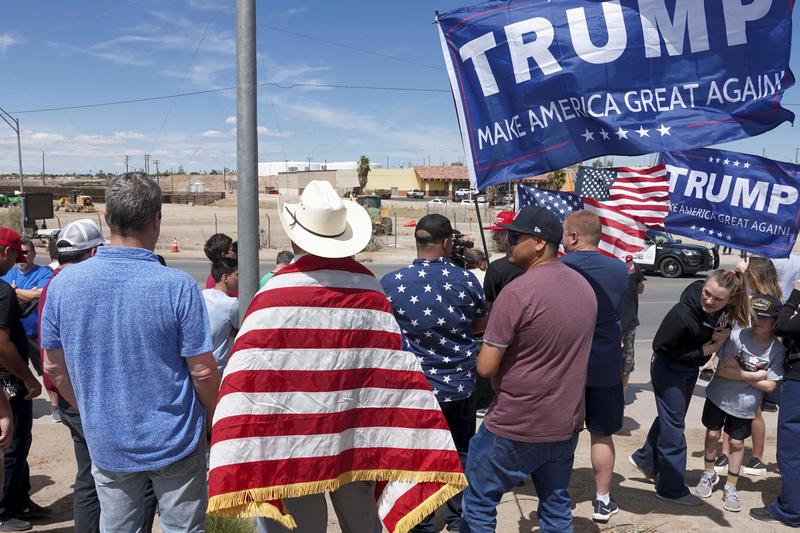 MEXICO CITY (Reuters) – Mexico avoided the most extreme immigration concession sought by U.S. President Donald Trump in the deal reached to fend off threatened tariffs, but it is left even weaker than before in the face of potential new pressure from Trump as he formally kicks off his reelection campaign this month.

Under the deal reached on Friday, Mexico agreed to use a large part of its newly formed National Guard to hold back immigrants crossing from Guatemala, and to take in possibly tens of thousands of people seeking asylum in the United States while their cases are adjudicated.

Led by Foreign Minister Marcel Ebrard, negotiators in Washington resisted Trump’s core demand that Mexico be declared a safe third country, a classification that would oblige Central Americans crossing through Mexico to seek safe haven there, not the United States.

But the two sides agree more action could be taken if within 90 days the measures do not have the desired result of drastically bringing down the numbers of undocumented migrants reaching the U.S. border from levels that are at a more-than-decade high. Last month alone 132,000 were apprehended by U.S. authorities.

Those fears are sharpened because Trump has used Mexico-bashing to fire up his base on repeated occasions since kicking off his first campaign for the White House in 2015. All signs are that he intends to keep the focus on immigration and cross-border issues in his second-term campaign, which officially launches on June 18.

“We think the threats, demands and Trump tweets against Mexico will continue, especially because it’s all tied up with the politics of the 2020 election,” said Gabriela Siller, an economist at Mexican bank Banco Base.

Siller expects the peso currency to rise when markets open on Monday on relief that a trade war has been averted, but she said the uptick could be short-lived. The peso, which had been pummeled in recent months on fears over a trade war, on Friday strengthened 0.5% after Trump tweeted that there was a “good chance” a deal would be reached with Mexico.

Vicente Fox, a former Mexican president and long-term critic of President Andres Manuel Lopez Obrador, tweeted that by allowing the United States to dictate how, for example, Mexico uses its security forces, the government has already ceded some of its sovereignty.

That sentiment was echoed by center-left politician Angel Avila, on the other side of the political aisle from Fox, who called the deal “a surrender.”

“Mexico shouldn’t militarize its southern border,” said Avila, who heads the Party of the Democratic Revolution.

Others, however, think Lopez Obrador had little choice beyond giving some ground in the negotiations, because the threatened tariffs would have caused economic devastation in Mexico, whose economy contracted in the first quarter of this year.

Francisco Labastida, a former presidential candidate, said the scale of the current immigration crisis was a threat to Mexico itself, and action was needed regardless of Trump.

“Mexico would have had to change its migration policy for its own reasons due to national security,” he said, arguing that current numbers are unmanageable.

Carlos Pascual, a former U.S. ambassador to Mexico, praised the deal as preferable to the downward spiral of a tit-for-tat trade war, but acknowledged it left Mexico open to further pressure.

“Mexico is weak economically and it’s always going to be vulnerable if the United States is willing to use economic policy to enforce national security policy,” he said.

“There’s no doubt this leaves a Damocles sword hanging over Lopez Obrador’s head,” he said, invoking a metaphor that describes an ever-present peril.