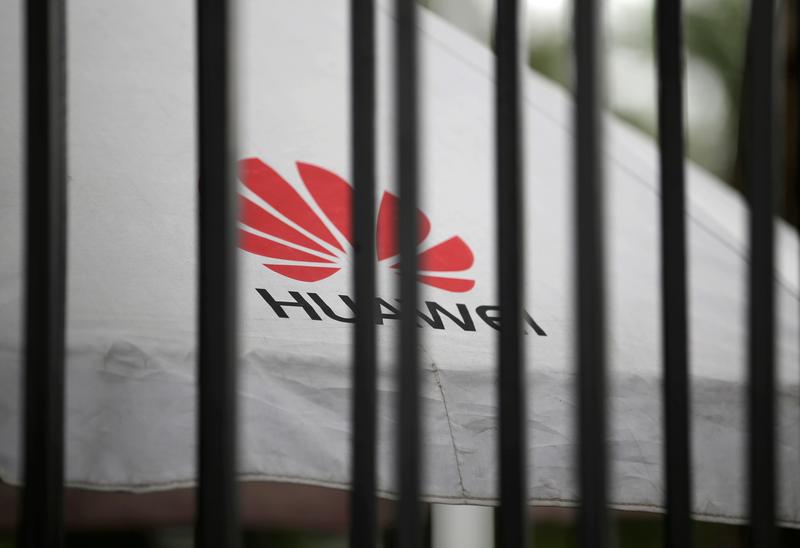 FILE PHOTO: A Huawei logo is seen outside the fence at its headquarters in Shenzhen, Guangdong province, China May 29, 2019. REUTERS/Jason Lee/File Photo

The blacklisting of Huawei, the world’s largest maker of telecoms network equipment, bars U.S. companies from supplying it with many goods and services due to what Washington said were national security issues, a potentially crippling blow that sharply escalated U.S.-China trade tensions.

Huawei denies that its equipment poses a security threat.

Soon afterwards, Beijing announced it would release its own list of “unreliable” foreign entities. It also has hinted that it will limit its supply of rare earths to the United States.

A person at U.S. software giant Microsoft Corp said the company’s session with Chinese officials was not a direct warning but it was made clear to the firm that complying with U.S. bans would likely lead to further complications for all sector participants.

The company was asked not to make hasty or ill-considered moves before the situation was fully understood, the person said, adding that the tone was conciliatory.

The New York Times first reported on the meetings led by the National Development and Reform Commission (NDRC), saying major foreign tech firms were warned against complying with a U.S. ban on selling American technology to Chinese firms or potentially face what the newspaper described as dire consequences.

The NDRC did not immediately reply to a faxed request for comment from Reuters.

It is not unusual for China to summon representatives of foreign and domestic companies, sometimes in groups, to make its views heard.

One person with another U.S. tech company in China who was briefed by colleagues on the company’s meeting told Reuters that the tone was “much softer” than expected.

“No mentioning of Huawei. No ultimatums. Just asked to stay in the country, contribute to the win-win negotiation,” the person said, declining to be identified by name or company given the sensitivity of the matter.

“I think they realize they still need U.S. tech and products for now; self-sufficiency will take a long time, and only after then they can kick us out,” the person said.

Separately, the editor of China’s Global Times tabloid said on Saturday that Beijing was preparing to curb some tech exports to the United States. In a tweet, Global Times Editor-in-Chief Hu Xijin said that China “is building a management mechanism to protect China’s key technologies.”

“This is a major step to improve its system and also a move to counter U.S. crackdown,” he added. “Once taking effect, some technology exports to the U.S. will be subject to the control.”

Hu did not cite any named sources in his tweet. The Global Times is a tabloid published by the ruling Communist Party’s official People’s Daily.

Last week, Reuters reported that Facebook Inc was no longer allowing pre-installation of its apps on Huawei smartphones.